Adoption has become an option for a growing number of couples, especially those who cannot bear a child. According to www.pbs.org, about 135,000 children are adopted each year in the US.

Despite adoption being an act of love, a plethora of issues can emerge when a child finds out that he/she has been adopted. He/she can feel grief over the separation from his/her biological parents or the loss if he/she is an orphan child.

Telling a child that he/she is adopted isn’t an easy thing to undertake; there’s no exact way how to do it. There is also no exact way of knowing when to tell a child that he/she adopted. It worsens when information about his/her birthparents is not available, especially in closed adoptions. The child will never know why he/she was put up for adoption. The feeling of rejection or not being good enough may also set in. This is something that you have to be ready for.

In my many years of teaching, I have dealt with adopted children. Some of them had behavior problems, which some people refer to as “adopted child syndrome,” while others didn’t. People who have not been educated with the effects of adoption automatically assume that any unlikely behavior of adopted children is always related to their adoptive status. While this can be true for some, adoptees can also live a normal lifestyle when his/her adoptive parents do their best to provide that.

However, I have observed that most adoptees suffer from several issues, such as the following:

In my early years in teaching, I’ve had my tough experiences with these situations. It was immensely challenging to listen to a child’s pain. The most special gift that I offered to adopted children is the chance for them to express their feelings. If you have been into these situations, give them the chance to be heard. But, don’t just listen to find a way to fix the problem. Listen with understanding and empathy.

Despite the issues that exist in adoption, you can still make a positive impact on orphan children’s lives through it. However, raising an orphan kid should be a decision that you make up with a clear understanding of what it has in store for you. You should also know the reason why you want to adopt a child. So, prepare and educate yourself. 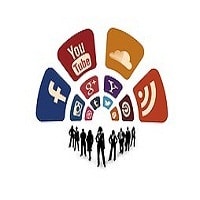 The Pros of Using Social Media in Schools