Effects of Video Games on Children

Know the Pros and Cons of Playing Video Games

Video games are becoming more and more acceptable when it comes to being a form of entertainment. The number of adults who play video games have increased due to the previous generation of gamers having transitioned into adulthood. Even when video games are still seen as “childish” or “juvenile,” the industry has already reached its peak among the adult audience. 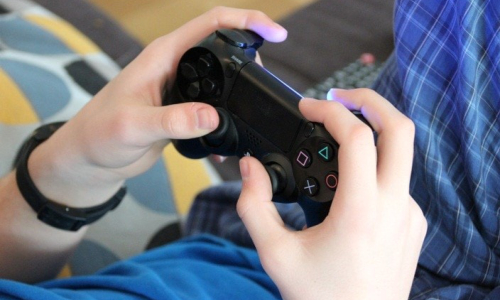 But the issue of children playing video games persists to this day. Oftentimes, games are blamed for the escalating violence and aggression among children. People have been curious as to what the effects of games on youngsters really are—if whether they both have positive and negative effects or none at all.

Gamers below the age of 18 account for 29% of the gaming population.1 As gaming becomes more mainstream and as technology develops further, the number will inevitably increase. It’s become undeniable that at some point, children will be exposed to gaming at an early age. As various studies have been conducted, individuals managed to produce a few good and bad effects of video games for kids.

Children who play action games tend to make quick and correct decisions. This is especially useful when caught in intense situations.2

Action games are especially helpful in this regard, as they train the brain to make faster decisions without sacrificing accuracy.3

Strategy games, fighting games, and role-playing games allow children to develop a sense of strategy that’ll be more helpful when situations call for it.

In countries where English isn’t the native language, games allow for the development of their knowledge of English. Games also help out in reading comprehension and the like.

Video games that are more difficult than most will challenge a child’s well-being, allowing them to be more emotionally mature in the future.

Young children may also prefer to stay indoors instead of going outside, as they’d want to spend most of their day playing video games. They may neglect their studies and responsibilities in the process.

Although games increase focus and concentration, children may not have enough of those for other things, as they become more impulsive and detached.4

As a way for children to entertain themselves, video games are here to stay. For children, computer games and video games have become a staple in such regard. A parent’s duty is to see that kids may garner positive results from playing games. It’s a parent’s responsibility, therefore, to keep track of the current trends in gaming and what they should allow their children to play. As the gaming industry rises, it allows access to children video games which may not be fitting for them. As such, parents need to adapt to such a change.